It’s been a while since my last Drupal 8 update — what’s happened in the last 17 months? Well, a couple of weeks ago, at DrupalCon Amsterdam, after tons of bug fixes and a few major architecture updates, Drupal 8.0.0 beta 1 was finally released!

While D8 still isn’t ready for most real-world websites, we’ve been testing it internally, and we can’t wait to use it for client projects! D8 has reached the point in the development cycle where maintainers of the thousands of Drupal add-on, or “contrib,” modules are hunkering down to get their modules updated so that they’ll be ready when the last “release blocker” bugs are fixed and D8 is officially released. We’ve been working on updating our code, including our Salsa integration modules and the 4Site Hub distribution that we use as a base for most of our Drupal projects.

Fortunately, lots of the go-to modules that we use for nearly all of our projects are built into Drupal 8 core, so D8 should be usable for many sites out of the box, without the “waiting for contrib” delay that has been typical of the last couple Drupal releases. Drupal 8 will have built-in WYSIWYG editing, as well as several additional content types that we have to add in manually in D7. Most importantly, the Views module, which allows building listings of content, is now built in!

Drupal 8 also has tons of design/theming improvements that we’re very excited about. Built in support for responsive design means that D8 sites can now easily scale to look good on any display, from the latest “5K” Retina iMacs to your cellphone. You’ll even be able to easily edit content on your D8 site from any mobile device! Through built-in HTML 5 markup, D8 sites will be able to easily give “hints” to your mobile browser so it can pop up the right editing widget, so that you get a numeric keypad if you’re entering a number, or a keypad with an “@“ symbol if you’re entering an email address. And D8’s new Twig theming engine makes creating great-looking sites even easier than before, and increases Drupal security as well.

Personally, I’m most excited about the Configuration Management improvements in Drupal 8. It will be much easier to make configuration changes and move them between development, staging, and production servers, without accidentally overwriting content. I’m also looking forward to D8’s full-featured REST server, which will make it much easier to use Drupal as a backend for mobile apps, as well as accessibility improvements and improved multilingual capabilities.

If you’re still running a Drupal 6 site, you need to know that once Drupal 8 is released, Drupal 6 will move to to a new three-month “extended support” status. Historically, the Drupal community has had a policy of supporting, through bug fixes and security updates, only the current and previous major release. This would have meant that upon D8’s release, all D6 sites would have suddenly been unsupported. But given the large number of D6 sites still out there, the decision was made to add a three-month transition period. If your site is still running Drupal 6, you should start planning your upgrade strategy now (We’d be happy to talk to you about it. Just drop us a line.), so that your site isn’t left unprotected from newly-discovered bugs or security vulnerabilities. Last week’s critical security update illustrates the importance of keeping your sites up-to-date, and migrating to newer versions of Drupal as older versions reach their end of life.

So… when will Drupal 8 be released? As always, when it’s ready. Stay tuned! 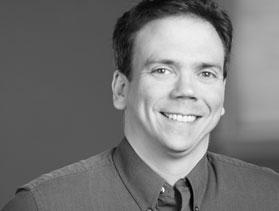